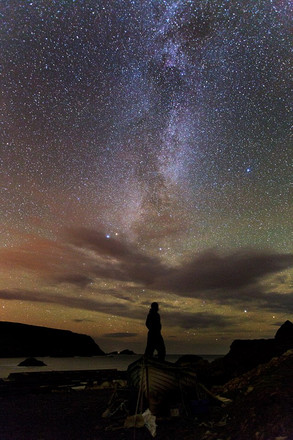 DonegalSkies.com is the website of  astrophotographer Brendan Alexander. Brendan has taken advantage of Donegal’s dark skies to record many of the spectacular night sky views from around the county. Alexander’s photographs have been featured on RTE, BBC and The Irish times, The Sky at Night with Sir Patrick Moore as well as the popular Stargazing Live. A number of his images have been shortlisted for the Astronomy Photographer of the Year. Brendan has also had two of his images selected for NASA’s prestigious Astronomy Picture of the Day.